Modern marketing tools bring a defunct band a new audience
T
Written by Team found.ee
Updated over a week ago 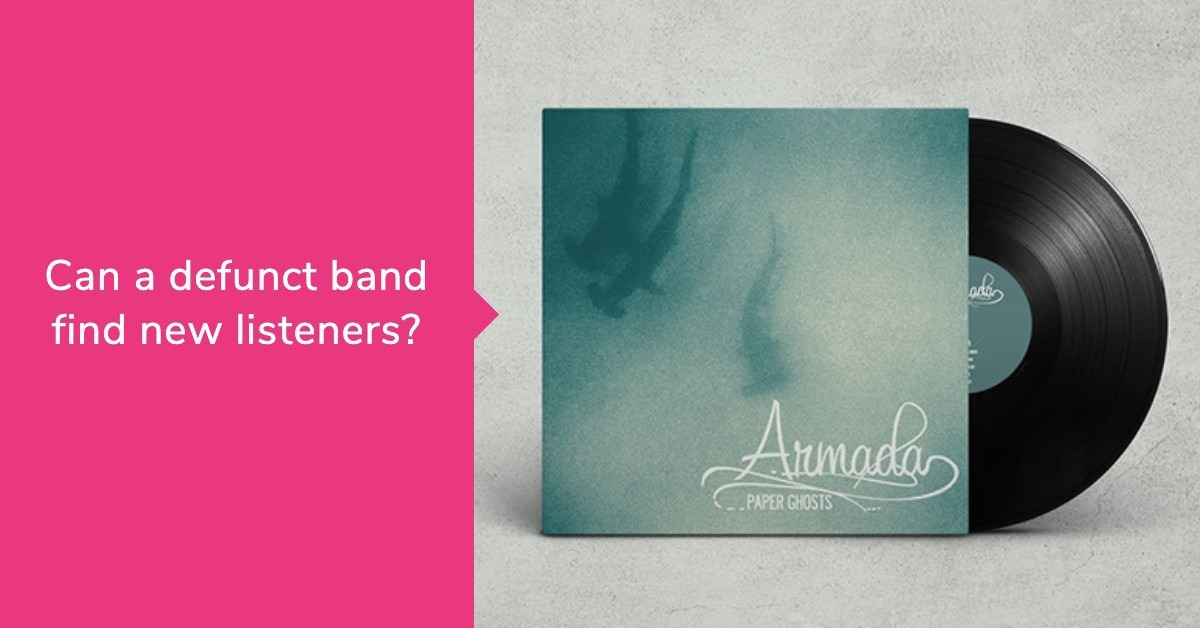 We sat down with Jeremy Gruber, the head of marketing for Friends At Work and the former bassist and pianist for Armada to discuss a campaign he ran to test if there was a new audience for older music.

I’ve played music in bands nearly my whole life and recently had the idea in my head that if I only had some of the more modern marketing tools at my disposal and “knew then what I know now” I would have had more success growing and engaging an audience with my music.

I set up a campaign to test that idea - a modest investment to see if I could get listeners on a high-quality (in my opinion) but now defunct indie rock project, Armada. If you’re interested in the music, check out Paper Ghosts - I play bass and a little bit of piano.

It went great. It was as close to ‘scientific’ as this kind of test can get because we had a near zero listenership going in with a measurable but small amount of noise - every few days a listener pops up on Spotify For Artists by random chance and listens to a song or two and moves on. If the campaign works the data should move significantly above the noise, and there’s no question that it did - upwards of 5-6x listenership and multiple streams.

What was your goal of the campaign?

This album was released before any artists had reasonable, direct access to Spotify audio ads, so I wanted to see what impact of a simple ask - would people really listen? Are they real people? Will they pop in, hear one song and leave?

I wanted to find people to actually listen, and maybe save the music.

I focused the whole campaign on the band’s hometown, Los Angeles, - if we grow an audience anywhere and get back out and play some gigs, might as well do it where we are!

I’m not joking when I say we were at near zero listeners. As a live band we were able to draw over 100 in our home town of Los Angeles and thanks to the internet had some fans around the world but it didn’t translate to an ongoing streaming audience for our catalog. Starting from scratch I wanted to see if I could make a measurable impact.

Did you achieve your goal?

Yes. The clicks started right away. By day three we had multiple listeners and three times the spins so people listened to multiple songs. By the end of the campaign it looked as though about 40% of people who clicked actually streamed enough to register as a “listener” and about half of those saved at least one, if not multiple songs to their library, and several followed us. There was clear corroborated evidence these are real listeners.

The Monday after the campaign ended there were still streams going at a higher rate than before the campaign, so people hung on and continued listening even without driving new clicks.

What did you find out about this new audience?

These are real listeners and they behave like real listeners - they pick the songs they want to hear, no matter what you’re pushing. I found right away the first song on the album, which was the music bed for the ad, was not necessarily the most streamed song - people checked out tracks based on titles, especially titles with a city or location in the name.

Weekdays tend to equal higher traffic and streams, but it’s relative to the overall streaming environment so there’s nothing wrong with weekend traffic. The community will regulate itself so I loved having my campaign run for a full week and watch the reactions.

Did you get any repeat listeners?

Yes - we’ve already seen a return after the end of the campaign which indicates people coming back - it’s definitely above the ‘noise’ before the campaign launch.

I’ve also noticed an increase in radio listens - this may impact algorithmic streaming into the future.

Did people stream other songs during this period?

Yes - as a matter of fact we didn’t push any one song, but I used the first track on the album “The Ghost of Illinois” as the feature, but “Beacon St.” is the most streamed track on the account. People really sought out their own taste.

Any advice for people who want to get started now?

Focus on a targeted area for potential conversion. I picked a BIG city, Los Angeles, which may not be smart from a financial investment but it also didn’t break the bank to get results so I can’t advise against it.

Use all of the marketing tools at your disposal related to your goals. Honestly I was driving Spotify traffic to my Spotify page and have NOTHING set up - no playlists, no featured tracks or tour dates. It’s clear from the audience activity people are looking for that stuff - they spent time searching my songs, they’d spend time looking at tour dates, MerchBar for shopping or any other features. Make sure to take advantage of all of the features Spotify has to offer.

Armada’s music is good but it’s over six years old and from an inactive band, so there’s literally no marketing materials there and I had a great response. I bet a campaign with a more contemporary sounding band, or a really solid niche artist (like metal, punk or underground hip-hop) would perform even better. I can only imagine how powerful Spotify audio ads could be for an established, recognizable artist.

As an Amazon Associate I earn from qualifying purchases.

For an amazing read about consumer buying behavior and the psychological underpinnings of why we buy, we strongly recommend