All Collections
found.ee Case Studies
How PRAYERS Sold Out His Headlining Show with found.ee

How PRAYERS Sold Out His Headlining Show with found.ee

How found.ee ads helped this artist get back to playing live shows
T
Written by Team found.ee
Updated over a week ago

“Thank you, everyone, it couldn’t have happened without you guys. I truly appreciate all of you, super grateful.” - Leafar Seyer, aka PRAYERS 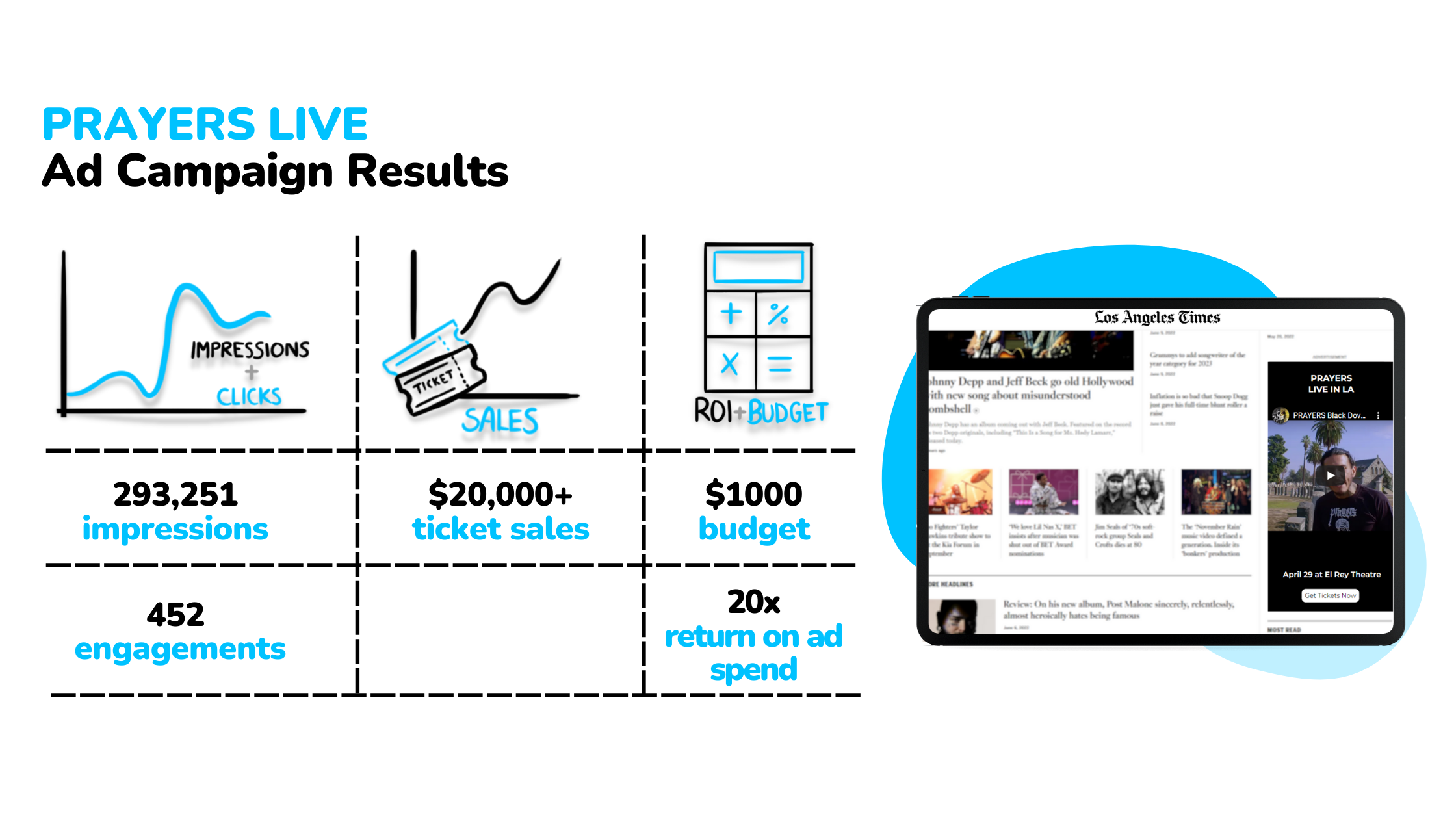 Leafar Seyer, better known as the artist PRAYERS, was delighted to hear the long-awaited words from his agent: “We got you a show at the El Rey next month.”

The San Diego-based pioneer of the Cholo Goth movement had been looking to resume his touring after a 2-year, pandemic-induced hiatus from playing live shows. However, there was one major issue: countless other artists were looking to resume touring as well, upon the mass reopening of venues across the nation in 2022. Intense competition from the entire live event industry meant that most venues were unavailable - booked for months and months in advance.

“Leafar needed to sell out his hometown show at the El Rey, to prove to venues that booking him was a smart financial decision. His ability to tour in the future depended on it.”

The upcoming PRAYERS show at the El Rey was a test run, of sorts. Most venues that were still recovering from the pandemic were only looking to book proven artists that could sell out tickets and generate the revenue needed to offset pandemic-closure losses. With the intense competition from other artists, many venues were extremely selective when booking artists for upcoming concerts.

Leafar needed to sell out his hometown show at the El Rey, to prove to venues that booking him was a smart financial decision. His ability to tour in the future depended on it.

Over the course of a month, the found.ee team worked with PRAYERS to strategize and execute a marketing plan for his show. The drive for conversions amongst new audiences led to the found.ee team to utilize interactive, HTML5 banners as the primary creative for awareness ads.

These ads, which allow an embeddable YouTube widget to be placed directly in the ad itself, were designed to showcase Leafar’s stunning music videos to new, relevant audiences; a click on these banners then drove users towards his ticketing link. Once the creative had been designed directly within found.ee’s in-app banner design tool, the ad was served to fans of new wave, rock, Chicano “lowrider” culture, and alternative hip-hop in the Los Angeles area utilizing found.ee’s interest targeting capabilities. 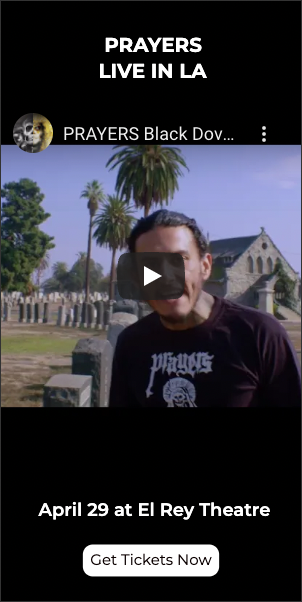 As the day of the show grew close, the second run of advertising was deployed - targeting users who had seen or engaged with the first round of interest-based ads. These ads were further segmented to also target users who had a high propensity for going to concerts and buying online tickets for music-related events. Ad creative was swapped for a static display banner that contained show poster artwork; these ads would drive more ticketing link clicks from an audience that had already been warmed up with HTML5 Ads.

The advertising efforts paid off. With 4 days left until the day of the show, the date at the El Rey was officially sold out - making the found.ee-driven marketing campaign a success. With a $1000 budget spent on found.ee ads, Leafar generated over $20,000+ in ticket sales revenue.