All Collections
found.ee blog
“I don’t want to know”: How access to granular data can harm our outlook, and what to do about it

“I don’t want to know”: How access to granular data can harm our outlook, and what to do about it

If like myself, you were a teen in the early aughts (or listened to top 40 radio at the time), you probably remember the song “I Don’t Want To Know”, the ultra-popular RnB release by Mario Winans featuring Diddy. If you haven’t heard the song, it’s a heartbreaking track with a haunting sample by none other than the queen of haunting samples, Enya herself.

In contrast to other top tracks at the time like Usher’s “Burn” or Eamon’s “I Don’t Want You Back” it’s not a scathing take-down of an ex, or the break-up anthem of a decade. The premise is simple, and a shockingly human take on infidelity - “Knowing the truth will do more damage than good, so don’t tell me. I don’t want to know.”

As someone who relates to the world through music, song lyrics sometimes worm their way into even the most mundane contexts. This song has been running through my mind a lot lately, not because of a breakup, or even nostalgia for the era of braces and early morning jazz band practice, but because of data.

We get more and more data about ourselves (and the rest of the world around us) every day. In fact, I can look up the average time I spent brushing my teeth this week (enough to assuage my guilt), how many hours I spend playing online chess (too many), how much sleep I got (not enough) and even exactly how many of my friends bothered to watch my last Instagram story… and that’s just a few stats from my personal life!

Data is a powerful tool, but like all powerful tools, you need to know how to use it. It’s easy to get bogged down with all the details and make judgments about yourself based on your perception of the data (you can see I already did this with my own examples). In fact, Bloomberg recently reported on the “Nocebo” effect on how fitness gadgets can actually make us feel worse and more anxious about our health.

Arguably, we can say the same thing about data that relates to your art and your career, like your Instagram for Business stats, Spotify for Artists, YouTube Analytics, etc. It can all be overwhelming and anxiety-inducing all on its own. Not to mention the ease at which you can compare yourself to other artists with the click of a button. It’s so easy to take the human approach and just say “I don’t want to know, I’ll just keep things the way they are.”

So how should you use data to make informed decisions? And what should you do with data that doesn't serve you?

Get to know your tools

You may have heard the infamous phrase from non-other than Mark Twain: There are three kinds of lies: lies, damned lies, and statistics.” Now, I’d disagree that all statistics are lies, as I’m sure would Twain, but the point is well-made. Humans apply meaning to statistics, and as such, they are fallible. Data is important when you’re looking to grow your career. By knowing your stats, you know where you stand, and you can properly advocate for yourself when new opportunities arise. The first step to a healthy relationship with your data is to understand how it is collected and defined.

When you first start using a new data tool, begin by reviewing all of the information provided. Read through the help documentation about your tools, and don’t be afraid to ask questions. Understanding where your numbers come from will help you make a value judgment about your statistic.

Here’s a real-life example that we see in found.ee - Impressions vs. Clicks vs. Engagements. With found.ee, HTML5 ads you can embed a YouTube video into a display banner, allowing music fans all around the internet to watch your video right from the advertisement. In found.ee ad reporting, you’ll see 3 main statistics about your ad Impressions, Clicks & Engagements.

When an ad is displayed on a site, it’s called an Impression. When someone clicks on the ad through to the destination URL, it’s called a Click. We also report something called Engagements, which is the combination of clicks on the destination URL and clicks on the video player itself. If you don’t understand what these definitions are, you won’t know how to interpret your results. For example, you may think that having double the amount of engagements to clicks is bad if you think that engagements are just the clicks on your video player. We could interpret that as 50% of people who clicked on your player did not click through to your destination URL. However, knowing that destination URL clicks are included in your engagement count, you now know that double the amount of engagements could mean that 100% of the people who clicked on your player clicked through to your destination. Just that small distinction just made an enormous difference in how someone might feel about their ad performance.

Let’s look at a similar, but opposite statistic. Raise your hand if you have seen a mismatch between the number of streams on a track in an analytics platform and what’s reported on your actual payout... 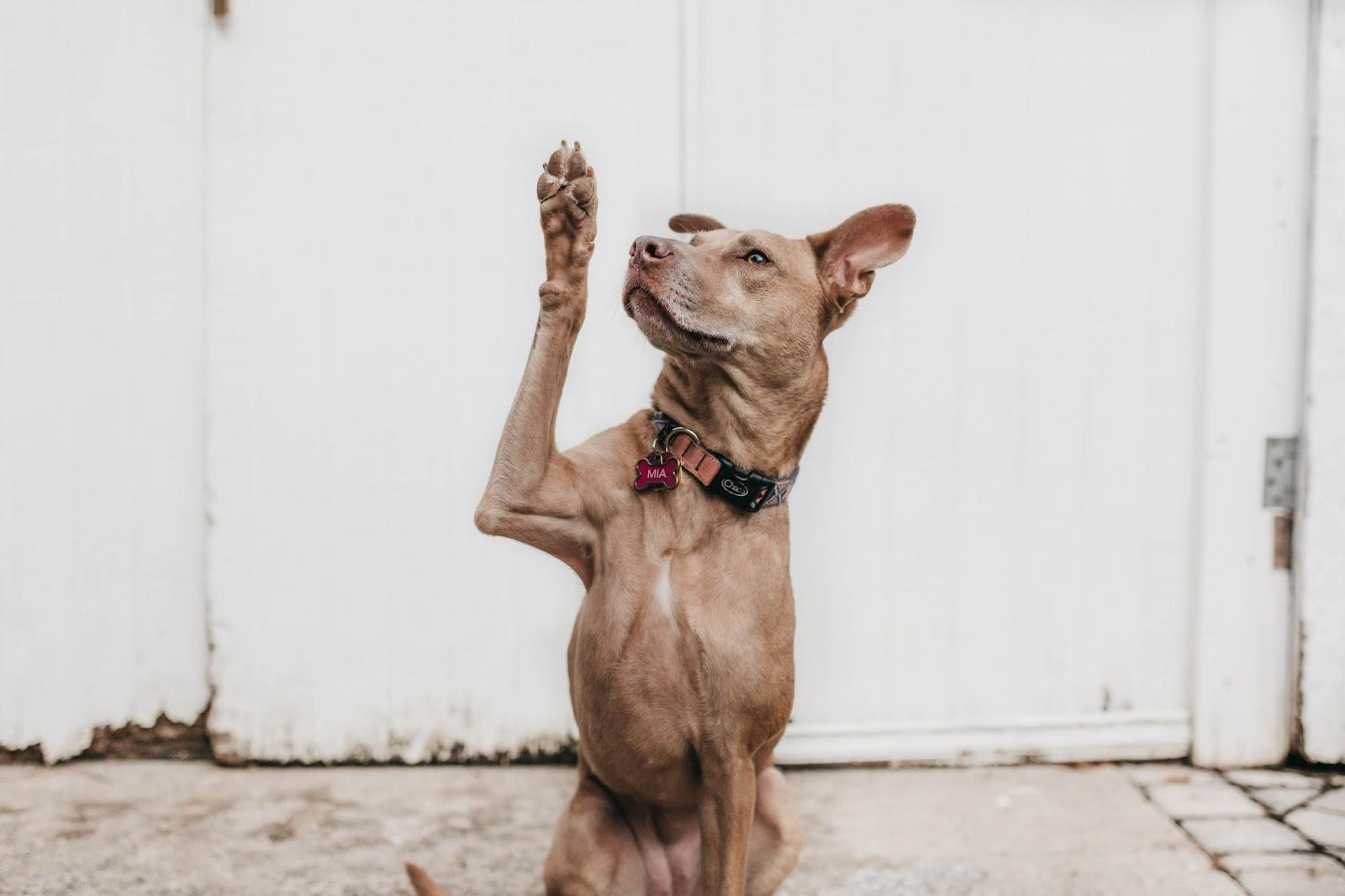 So what the heck is happening? Well, analytics are supposed to be used for a basic snapshot of the activity on your tracks, so are defined differently than your financial reports. Streams on your analytics could include bot streams, streams under 30 seconds, and other streaming activity that wouldn’t count for a monetary payout. That simple definition takes us from the negative “My payouts aren’t correct” state to a more positive relationship with what we’re seeing from both tools.

Focusing on what’s important to you

Just like Usher, Mr. Entertainment himself, says: “There's so many other things I gotta deal with / I think that you should let it burn”. Not every piece of data collected about you or your fans is going to be essential or even relevant to you and your goals all of the time. Are you a video content creator that makes music on the side? Your video stats are going to be more relevant to you than your streams. The same is true if you primarily create music with no video content.

When you’re trying to make sense of your data, focus the most on what you care about. If you’re looking to gain followers on Spotify, don’t lose sleep over your Instagram statistics. While many of your data points will be inter-related (For example, the more Instagram followers you have, the bigger audience you have to promote your Spotify page). However, agonizing over your engagements on every post won’t serve your goal of increasing your Spotify followers.

That’s not to say that you shouldn’t look at your overall stats on all of your platforms, but you don’t need to do that kind of health check every day (or even every week). Set a review date for all of your stats, put it in your calendar, and focus on the statistics that matter for your near-term goals in the meantime

Measure Up (To Yourself)

Have you heard of the Social Media Effect? If you haven’t, you’ve probably felt it one way or the other. People tend to post the most curated and positive things about their lives on social media - nothing wrong with putting your best foot forward! However, in aggregate, it can seem like everyone around us is have the BEST, most adventurous, most fulfilling, happiest life. So, what’s wrong with us that we can’t keep up?

In reality, no one has that kind of life - it’s not real! And you can say the same for the musicians in your peer group, or the musicians you look up to. That one person you see on socials with hundreds of thousands of followers? That didn’t happen overnight.

Behind every “Thanks for the 100k followers!” post you see on social media is a struggle, hard work, and a lot of luck. So instead of comparing your data to other people’s, compare it to your own. Do you have more followers this week than last? What about likes and comments?

Use your own data to determine what kind of content your audience likes the most, and plan your goals around beating your own records. Everyone will define success a little differently, so you are the best judge of yours.

We hope these tips help you develop a healthier, more productive relationship with your data. Happy Marketing!